The story starts with a postcard and a cryptic message: “Dear Phil. I cannot continue m.o.s.! S.O.S.! Come to Lisbon with all your stuff a.s.a.p.! Big hug, Fritz.”

Who is who? And what do all those abbreviations mean? The S.O.S., of course, is obvious, and a.s.a.p. only strengthens the urgency: come as soon as possible. But m.o.s.? Only someone who has worked on a film set before might know that the expression dates back to the early years of sound films and according to legend Erich von Stroheim, who wanted to continue shooting without sound, coined the term “mit out sound”.

It soon becomes clear: The postcard comes from the director Friedrich Munroe (Patrick Bauchau) who asks his friend Philip Winter (Rüdiger Vogler) to come to his aid. Friedrich single-handedly shoots a film in Lisbon and Winter is a sound engineer. He’s stuck: he wanted to shoot a film as if the whole history of film had not taken place. One man alone in the streets, with a crank handle camera, just like Buster Keaton in “The Cameraman”. Now he hopes that Winter’s microphone can pull his pictures “out of the darkness” and just save his entire undertaking.

The film is a hommage to the city of Lisbon and a bow to the history of film for which 100th birthday it was made. The soundtrack made the group Madradeus world-famous.

Lisbon Story is turning 25 this year. Wim Wenders’ 14th film is an homage to the city of Lisbon and a bow to the history of cinema, made on the 100th anniversary of its invention.  The soundtrack made the group Madredeus world famous.

The magic of light leads us through the white city on the Tejo, and the notes of fado echo our steps through the Alfama district. Wim Wenders created an homage to Lisbon, the 1994 European Culture Capital, and a tribute to the world of sounds. Twenty-five years later, Lisbon Story hasn’t lost any of it’s power or significance.

Lisbon is a favorite destination for travelers and the long drive across a Europe without borders, which opens the film, is now, more than ever, a vision and symbol of a Europe united in freedom and peace.

„The landscapes speak the same language,

of an old continent

full of wars and peaces.

let the stories and the ghost of history

pass through me from time to time…

Hey, this is my home country! 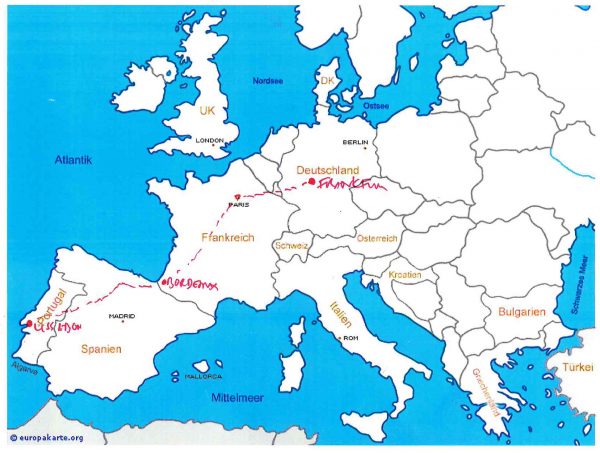 There are currently only three 35mm prints of Lisbon Story available. No digital exhibition version was ever made. The first steps in the restoration process were undertaken in June 2019 (scanning, color correcting, retouching, and stabilizing). The digitization was made possible with the support of the Förderprogramm Filmerbe (subsidy program for film legacy), which is financed by the German Commission for Culture and the Media (BKM), the federal states, and Germany’s national film funding institution, the FFA.

With the restoration on the 25th anniversary of Lisbon Story, which Wim Wenders has often described as his “most European film”, the Wim Wenders Foundation wants to bring together lovers of auteur cinema and the Wenders films with music lovers, fado admirers, Europe enthusiasts, and visitors of Lisbon.

Release of the restored version

The international premiere of the restored version took place in November 2019, as part of the Lisbon & Estoril Film Festival, almost exactly 25 years after the film’s premiere in Lisbon in 1994. A pre-premiere was held on the 27th of October, 2019, the UNESCO World Day for Audiovisual Heritage, as part of a double feature at the DFF – Deutsches Filminstitut und Filmmuseum in Frankfurt, with Lisbon Story and Visit or Memories and Confessions by Manoel de Oliveira (1982). The screening in Frankfurt was part of the series “A Season of Classic Films” funded by the Creative Europe MEDIA Program. 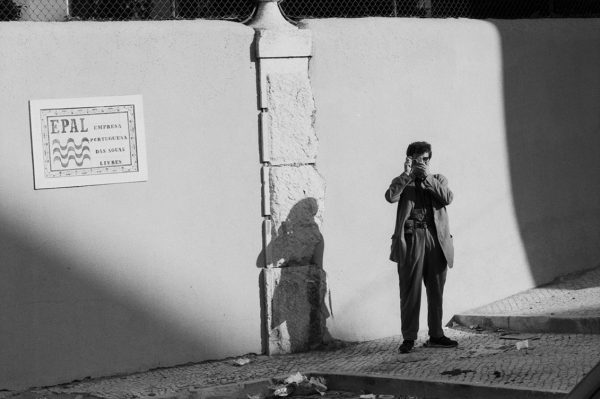 Book to the film